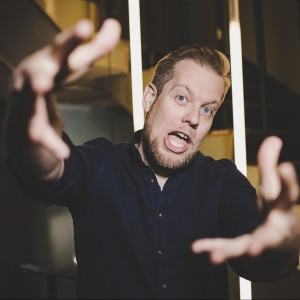 Ok, so let’s start by addressing the elephant in the room…cheese on burger or burger on cheese?

Who would’ve thought this conundrum would be the top of the priority list for Google CEO Sundar Pichai on a Monday morning.

Well, this tweet over the weekend from Thomas Baekdal certainly got some attention.

I think we need to have a discussion about how Google’s burger emoji is placing the cheese underneath the burger, while Apple puts it on top pic.twitter.com/PgXmCkY3Yc

Take a good look at the ingredients above, notice something odd about Googles cheesburger emoji? WTF?!

Typically in the construction of a cheeseburger one would use the lettuce (any Iceburg variety) as a breakwater between the burger and and bun to avoid getting a ‘soggy bottom’ whilst the cheese rest a top the patty to ensure the heat rises, thus melting the cheese into the meat. In Googles’ emoji however, the cheese is situated below the beef patty, allowing the bun to get sodden and an overall poor user experience.

[qodef_blockquote text=”Google’s positioning of the cheese is blasphemous, simultaneously defying both culinary physics (how do you cook it to drip down the bun like that?) and good taste (it’ll result in a soggy doughy mess).” title_tag=”h3″ width=”80″]

Perhaps Google was intentional in the design, intentionally disruptive, however, we’re leaning more towards the fact they let this one slip through the net. We’re not fans of being sheep, following the norm but sometimes, especially when it comes to the construction of a tasty burger, you just don’t break the rules Google!

However, this particular tweet did get the attention of Google CEO Sundar Pichai who then promised to “drop everything” and address on Monday if we can all agree on what the correct ordering should be. Do I feel a split test coming on?

Will drop everything else we are doing and address on Monday:) if folks can agree on the correct way to do this! https://t.co/dXRuZnX1Ag

According to Emojipedia, the hamburger emoji, was approved as part of Unicode 6.0 in 2010 and added to Emoji 1.0 in 2015. Since then it’s been up to each company to decide how it wants to render the two buns, meat patty, and cheese; usually lettuce and tomato, too; and rarely sauces like mayonnaise and ketchup.

Samsung, on the other hand mixes things up slightly with tomato featuring at the summit of the setup and the cheese neatly positioned between the lettuce and tomato, one would presume the lettuce acts as a breakwater between the cheese and burger, although we’re not confident on the melting properties of lettuce.

HTC has chosen to go big with a double burger, note, however, that the cheese features a crest of the patty’s and we think the green is supposed to be lettuce.

Finally, we have LG, a modest burger, no relish, just bun, lettuce, cheese and patty.

So here we confirm that Google is the lone ranger, defying culinary standards by placing the cheese below the burger.

Following this competitor research we’re now confident we have the perfect recipe for the hamburger emoji and if Google wants to compete effectively it should consider this research qualitative.

We often find that through conducting a website audits we uncover key areas that users may not engage well with, additionally, we benchmark against the competition to see how they handle these objections. Through learning from the competition we as digital marketers are able to progress forward in our understanding and optimisation to improve the user experience for consumers.

Now, onto other matters:

Hmmmm, Google, this is not how beer works pic.twitter.com/rLsmThcLKM

What is engagement? An answer in plain English

Why is my bounce rate so low?