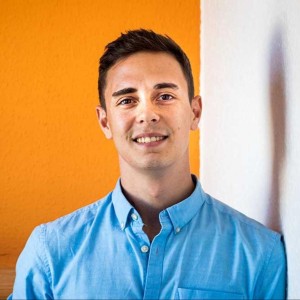 We’ll warn you now, there will be jargon here.

You’re going to discover things like ‘UX dark matter’ and ‘UX teardowns’—though it won’t put any more greys on your head than the ones 2020 already did.

There’s a great opportunity to tap into surging internet traffic that the UK is witnessing, according to Virgin Media.

For businesses plagued by factors outside of their reach, the current moment is about closing the holes in the net and impacting the factors that are absolutely within their control.

“Dark Matter” Leads: What Are They?
And Why Should You Care?

You won’t have come across the term “dark matter” leads, and you likely won’t again.
It’s just a simple, intuitive way that I personally use to think about a website’s ‘known unknowns’.

Physicists will tell you that dark matter—that remains completely invisible to us—makes up roughly 70% of the universe. That’s an awful lot of universe.

Similarly, the vast majority of your website visitors—those that don’t break cover or purchase—remain completely invisible to you.

Those are the ‘known unknowns’ that shadow the ‘known knowns’ (or ‘visible matter’) of prospects that did convert, or at least broke cover to say ‘hello’.

Like dark matter, you know the silent majority is there because you can measure their presence—just look at your bounce rate of folks who come and go without stopping for at least a brisk cup of tea.

You just can’t get your hands on them to find out exactly what they’re about and what it was that caused them to silently vanish from radar.

When it comes to making your website ‘dark matter prospects’ visible and active, there are several website UX design tweaks that can generate significant impact very quickly.

For example, something as simple as boosting mobile site speed can have dramatic effects.

In a 2019 report entitled ‘Milliseconds Make Millions’ consulting monolith, Deloitte, found that latency and slowness on sites browsed on mobile phones can cause…

“An increased abandonment in favour of a competitor who offers a better mobile experience.”

There’s really no part of that sentence worth liking. That’s some serious website UX dark matter created, right there.

Over a 4 week period, the study analysed mobile site data from 37 retail, travel, luxury and lead generation brands across Europe and the US.

Based on a 0.1-second mobile phone website speed improvement, the study found:

Prospects won’t discover, be stimulated by, or respond to any of that unless they’re offered a thigh-slapping-good website UX seamless enough to quickly signpost their journey past those things and through to purchase.

UX Teardown. What Are they?

We warned you this would finish with ‘teardown’ jargon.

UX teardowns are more straightforward and cost effective than traditional website UX research methods Think of them like a drive-thru car wash when you’re in a hurry, vs a more time-consuming manual buff-and-shine. The gloss and wax stuff can be done later when you’ve proven the value.

Using your existing data and website analytics to diagnose what is and isn’t working.

Defining your ideal buyer to determine why things are working, or aren’t working.

Drawing up a nip-and-tuck plan of what user-experience tweaks should be made to start turning more passive ‘dark-matter prospects’ into active, visible paying customers.

If you think it’s time to for that long-overdue website spring clean and a UX teardown, get in touch with InsightfulUX’s experienced team.

They’ll apply their knowledge to give you a valuable, truthful assessment of what you’ll need to do to make sure your website is working with you, not against you.

Once they’re done, you’ll be converting more of those quiet visotors that slip away without a word, despite having clicked almost every page on your website.

That Wasn’t So Jargony in the End, Was It?

Hopefully we’ve illustrated exactly how your own website, if not properly geared up for a seamless user experience, can be the hole in its own net, generating problem levels of ‘dark-matter prospects’ and bounce rate that might otherwise have been interested leads.

With 2020 having thrown more of us online, it’s critical to ensure we’re offering website visitors friction-free experiences that are intuitive and meaningfull.

A UX teardown and a little spring clean can go a long way toward helping you learn learning whether or not you’re creating experiences meaningful enough to convert your ‘dark matter’ prospects, instead of losing them to slow-loading pages, friction and frustration. Thanks for reading.

Why You Should Use OKRs (Objectives Key Results) With Your KPIs