Watch the detectives: tips from crime-fighters to build a better website 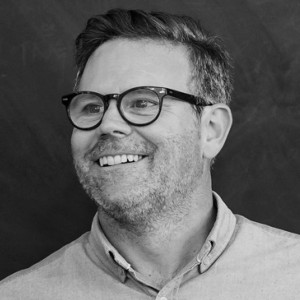 I love crime thrillers. Films like Silence of the Lambs, TV shows like Wire in the Blood, and – even more recently – documentaries like Channel 4’s 24 Hours In Police Custody. I like seeing how detectives and forensics folks piece together a ‘picture of the suspect’ using data and bits of evidence.

The bigger picture is a collection of artefacts; maps, pins and mugshots. Downloaded text messages, call transcripts and CCTV footage images. They’re all datestamped and captured as a critical moment in time. It all helps to make it all ‘real’.

You can see how the detectives become completely immersed in each case, starting early and working ‘till the early hours; their lives are completely consumed by the case. What’s more impressive is how objectively and diligently they approach this work.

In the case of Channel 4’s 24 Hours in Police Custody, the detectives work hard to build a body of evidence robust enough so the CPS (Crime Prosecution Service) approve it. The suspect can then be officially ‘charged’ with the alleged crime.

If the Crime Prosecution Service does not approve, the detectives are frustrated as their suspect is released without charge.

So the stakes are high. The detectives know that each piece of evidence has to be painstakingly validated so it not only passes the CPS, it will eventually have to ‘stand-up’ in court.

In a recent episode of 24 Hours in Police Custody I watched, a police officer captured this objective approach perfectly – she said:

“Assume nothing, believe nobody, challenge everything.”

This phrase really stuck with me. Let me explain why.

Detectives let the evidence lead to the conclusion or hypothesis. Maintaining that discipline is not easy. Because, as humans, we often make assumptions and decisions about things. We do it automatically and instinctively – almost without realising it.

This means we’ll make-up our minds quickly (emotionally), but then we need to look for the facts to back-up the decision (objectively).

The brilliant psychologist and author, Daniel Kahneman, talks about this phenomenon in his best-selling book ‘Thinking Fast and Slow’:

My own System 1 thinking

I’ve seen System 1 thinking kick-in automatically myself. When I watch these documentaries. I see Police round-up suspects and bring them in for questioning. I look at the suspects and automatically think ‘they look a bit dodgy’. I can’t help it.

Detectives must resist System 1 thinking. If they jumped to a conclusion, they might miss a vital piece of evidence. Prejudging could jeopardise the whole case.

I’m not saying that you can’t have a ‘gut feel’ on something. And let’s not knock System 1 thinking. It helps us perform the mundane and normal. It protects and warns us. If we didn’t have it, life would be very different.

There’s nothing wrong with giving into your primal side. Like a lion.

I don’t know the stats but I’m sure detectives do have that ‘sixth sense’ about somebody. After all, detectives spend a lot of time around criminals and they must see traits and patterns.

In the movies, it’s normally the ‘old pro’ detective who says something like ‘something doesn’t feel right’. System 1 thinking is doing its thing right there.

What can you learn from Kahneman’s book and watching the detectives?

Even if psychology isn’t your thing, understanding the two systems of thinking can help your business. For example, if you’re looking to create better marketing material or a more meaningful website or app…

Crime-fighting techniques to help you make a better website

Just like evidence to support an alleged crime, have a theory about what customers want then hunt for the evidence that backs-up your approach. I believe this will help you create something that has more meaning and resonance for your customers.

In my opinion, a lot of digital is approached the wrong way round. Almost the direct opposite to the detectives…

There is a tendency to jump to a solution and then look for the evidence to back it up.

The problem with jumping straight to a solution is that it lacks validation. How do you know that your customers will find your solution useful?

If it were a piece of evidence presented by a detective, the CPS would reject it. The evidence would be viewed as ‘circumstantial’. It would probably never get to court. So, unless a business has pots of money and a huge growing bank of customers – why would they risk this type of approach?

A business could create their solution then test it with customers. Then they’d have some sort of evidence – some validation that it works or doesn’t. If it doesn’t work then they have learned something and can at least rule out that one approach and focus on another.

Become a bit of a detective.

Try and create that bigger picture of them. You might:

We could all be a bit more like Hercule Poirot. Source: Digital Spy

Each piece of evidence is helping you build that picture. Just like the detectives.

You could collate all of the above in your own ‘war room’. This is a great way to get underneath the customers and literally ‘paint a picture’ of them and their world.

Use data to understand your customers

Get to understand your customers’ needs, wants, pain points and gain creators. Bring your teams in and show them what you’ve discovered – then get them to interpret what they see and feed back to you. Perhaps they can validate some of that evidence and make it stronger.

All of this will help you manage the systems of thinking that you have. It will help you build a more meaningful experience for your customer. It might feel strange at first but it will help you and your team make better decisions. Just like the detectives, those decisions will be based on evidence not hearsay.

This is something we do on a daily basis and we can help you too. Get in touch and see what we can do for you.

Insightful UX » The Insightful Blog » Watch the detectives: tips from crime-fighters to build a better website