What is User Testing? 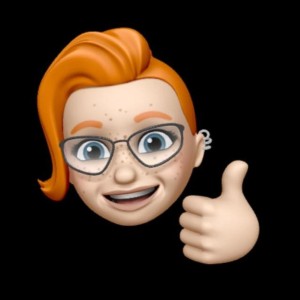 Usability testing, also known as user testing, is where you send your product out into the wild and get real people to assess how good your service is. You set your sample users a series of objectives that you would expect your own users to undertake. So, by observing the behaviour of your test users and understanding their choices, frustrations and objections, you can evidently ascertain what really works in your design – and where to make it even better.

An example: Imagine you’re an act at a comedy night. You start with what you think is your best joke – it’s something about a skeleton at a prom. It’s met with some polite murmurs in the background – but it’s a tame response. Decidedly, it’s not that funny, even though you thought it was. So you try another big hitter, something a little more risqué about a chicken crossing the road… but still nothing.

Defeated and dismayed, you tell one final joke. You hate it; you think it’s terrible, but you’re telling it anyway.

What do you call cheese that isn’t yours?

Then the place erupts with laughter. Who would’ve guessed it? You’ve just test-driven your armoury of jokes and now have a far greater understanding of which ones are a success!

User journeys are similar the set-up to a great standup comedy act: a designer constructs different elements in a certain way to create tension and intrigue which ultimately resolves at the end. In standup comedy, wordplay and building expectation sets up the journey, guiding the recipient to the intended punchline/ conversion: their laughter and amusement. If your joke – your neatly crafted piece of work – is a successful model, then your audience will respond immediately; they’ll engage with you. So start thinking like a stand-up comedian and take the smartest approach to user testing.

People are marvellously individual creatures. Despite how well-constructed or clever a UI design is, someone won’t necessarily react to your idea in the way you want them to. It’s not a shortcoming of you as a designer (or even as a comedian); taste is subjective and you can’t force somebody to do something that they won’t. So why would your strategy stay the same if people don’t like it? If your joke bombs, are you really going to tell it again?

Before they embark on large tours, world-class comedians like Tim Allen and Michael McIntyre perform smaller, secret warm-up shows to test out their material (Test and learn). The reviews can be quite mixed because the act isn’t the finished article yet – but that’s okay! It’s vitally important to make mistakes and learn from them because then you know exactly where to improve. By undertaking a user testing session and observing in an organic setting the way your target user interacts with your design, you get a real-world perspective on your service.

Statistically, it only takes six test users to uncover 80% of core usability issues. By undertaking web user testing to can ascertain ‘why’ users behave in a certain way when browsing your website, in addition, it identifies the key elements of your competitor websites which work well. In an individual session, the user is presented with an array of websites and given a series of small objectives to achieve i.e. find a product, get a quote, complete an enquiry etc. The moderator asks probing questions to draw out from the user ‘why’ they are making certain decisions and what detail they are looking for.

The session is fully recorded, including mouse movements, facial expressions, vocal anecdotes and in some cases can be observed in a separate room by the client or additional moderators. This type of qualitative research is important when considering optimising your user journeys for the best conversion and outcome. Typically our approach in stage 1 is to identify key areas through data, such as Google analytics, via our website audits. Stage 2 – 3 is to then identify customer personas and then drill further into the findings through user testing.

Shameless plug: If you’re interested in taking an insight-first approach with your user testing and want to really get them rolling in the aisles, contact us today.

Insightful UX » The Insightful Blog » What is User Testing?

Improve Your Pay-Per-Click with A/B Testing

The Lost Art of Insight Gathering